ANC has succeeded in selling its racial agenda - SAIRR

Much of the forthcoming commentary on 20 years of rule by the African National Congress (ANC) is likely to play down one of its major successes: the extent to which it has swung the country behind its racial agenda, according to John Kane-Berman of the SA Institute of Race Relations. 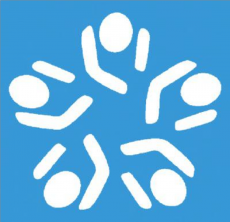 Much of the forthcoming commentary on 20 years of rule by the African National Congress (ANC) is likely to play down one of the organisation's major successes. This is the extent to which it has swung the country behind its racial agenda. Those who have fallen in line include business, the media, most political commentators, non-governmental organisations, most of the donor community, the official opposition, the churches, academia, and most other parliamentary parties.

Of course, there is occasional criticism. But it's usually about the manner of implementation of policy rather than policy itself. So also, for a long time much white criticism of the National Party (NP) government's racial policies confined itself to aspects of implementation. The alternatives put forward were usually mealy-mouthed - "white leadership with justice" and more "humane" implementation of the pass laws being the favourites.

The root-and-branch denunciation of every aspect of apartheid policy came for the most part from a minority of the white population, which until 1974 could muster enough votes to send only one representative to Parliament. Among the black population, of course, there was never any serious support for apartheid, even in the supposedly less racist guise of "separate development".

This makes the ANC's achievements all the more remarkable, for endorsement of its racial policies goes far beyond the black population and the ANC's own support base. Institutions or individuals offering a fundamental public critique are very much in the minority. Those who do so from a liberal standpoint are an even smaller minority.

The key component of the racial agenda is the doctrine of "demographic proportionality". Movement towards this goal via affirmative action is envisaged in numerous laws and policy documents. The key statutes are the Employment Equity Act of  1998 and the Broad-based Black Economic Empowerment (BEE) Act of 2003. Both of these are being amended to provide heavier fines and, in the case of the BEE  legislation, prison sentences, for non-compliance.

The doctrine of demographic proportionality is also implemented internally by various government departments. It applies to dozens of regulatory and other statutory bodies too.

The ideology of demographic proportionality predates the Constitution and current legislation by decades. It is set out in the plan for a National Democratic Revolution (NDR) devised by the South African Communist Party, adopted by the ANC in 1969, and thereafter affirmed at each major party conference, including the one in Mangaung in 2012.

The ANC's racial policy goes far beyond demographic proportionality in employment, however. It includes transfers of assets and equity in terms of BEE codes, as well as land redistribution. This too is catered for in NDR ideology, which envisages comprehensive redistribution of income and property.

Nor is all the legislation with an important racial component always overtly racial. One example is the new Protection and Promotion of Investment Bill, among whose objectives is to prevent international investment treaties from standing in the way of the Government's racial transformation agenda.

If the government were to frankly acknowledge that the actual motive behind much of this legislation is to promote the overarching, and long-standing, ideology of the national democratic revolution, many people would take fright. So part of the ANC's success has been to successfully market that agenda as merely promoting "redress". The wolf of revolutionary transformation thus wears the sheep's clothing of "redress". Although the Left argues that it is not going far enough, "redress" is not something too many people wish to oppose.

As a result, whereas NP racial policies were always an issue in the whites-only elections of those days, few of today's opposition parties are likely to make the ANC's comprehensive re-racialisation of South Africa an issue in the forthcoming election.

In the end, of course, just like those of the NP, the ANC's racial policies will have to be abandoned because of the economic damage they do.

In the meantime, the ANC can congratulate itself on the success with which it has won so much support for policies that will fail.

View at source. This article first appeared in Business Day.