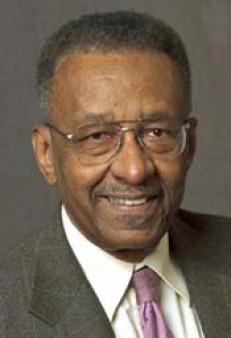 Sometimes I wonder when black people will reject the patronising insults of white progressives and their black handmaidens. After CNN’s Piers Morgan’s interview with the key witness in the George Zimmerman trial (in which he was charged and acquitted in the shooting a black youth, Trayvon Martin), he said: “Rachel Jeantel (a witness in the Zimmerman trial) is not uneducated. She’s a smart cookie.” That’s a remarkable conclusion. Here’s a 19-year-old young lady, still in high school, who cannot read cursive and appears to be barely literate. Morgan may have meant Jeantel is smart — for a black person.

Progressives treat blacks as victims in need of kid glove treatment and special favours, such as racial quotas and preferences. This approach has been tried in education for decades and has revealed itself a failure. I say it’s time we explore other approaches. One approach is suggested by sports. Blacks excel — perhaps dominate is a better word — in sports such as basketball, football and boxing to such an extent that blacks are 80 percent of professional basketball players, are 66 percent of professional football players and, for decades, have dominated most professional boxing categories.

These outcomes should raise several questions. In sports, when have you heard a coach explain or excuse a black player’s poor performance by blaming it on a “legacy of slavery” or on that player’s being raised in a single-parent household? When have you heard sports standards called racist or culturally biased? I have yet to hear a player, much less a coach, speak such nonsense. In fact, the standards of performance in sports are just about the most ruthless anywhere. Excuses are not tolerated. Think about it. What happens to a player, black or white, who doesn’t come up to a college basketball or football coach’s standards? He’s off the team. Players know this, and they make every effort to excel. They do so even more if they have aspirations to be a professional player. By the way, blacks also excel in the entertainment industry — another industry in which there’s ruthless dog-eat-dog competition.

Seeing as blacks have demonstrated an ability to thrive in an environment of ruthless competition and demanding standards, there might be some gains from a similar school environment.

Maybe we ought to have some schools in which youngsters are loaded up with homework, frequent tests and demanding, top-notch teachers. In such schools, there would be no excuses for anything. Youngsters cut the mustard, or they’re kicked out and put into some other school. I’m betting that a significant number of black youngsters would prosper in such an environment, just as they prosper in the highly competitive sports and entertainment environments.

Progressives’ agenda calls for not only excuse-making but also dependency. Nowhere is this more obvious than it is in their efforts to get as many Americans as they can to be dependent on food stamps; however, in this part of their agenda, they offer racial equal opportunity. During President Barack Obama’s years in office, the number of people receiving food stamps has skyrocketed by 39 percent. Professor Edward Lazear, chairman of the president’s Council of Economic Advisers from 2006-09, wrote in a Wall Street Journal article titled “The Hidden Jobless Disaster” (June 5, 2013) that research done by University of Chicago’s Casey Mulligan suggests “that because government benefits are lost when income rises, some people forgo poor jobs in lieu of government benefits —unemployment insurance, food stamps and disability benefits among the most obvious.” Government handouts probably go a long way toward explaining the unprecedented number of Americans, close to 90 million, who are no longer looking for work.

This is all a part of the progressive agenda to hook Americans, particularly black Americans, on government handouts. In future elections, they will be able to claim that anyone who campaigns on cutting taxing and spending is a racist. That’s what Rep. Charles Rangel, D-N.Y., said in denouncing the Republican 1994 call for tax cuts. He said, “It’s not ‘spic’ or ‘nigger’ anymore. (Instead,) they say, ‘Let’s cut taxes.’”

When black Americans finally recognise the harm of the progressive agenda, I’m betting they will be the nation’s most conservative people, for who else has been harmed by progressivism as much?