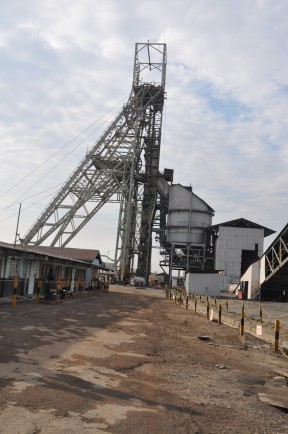 The draft Mineral and Petroleum Resources Development Amendment Bill of 2013 vests the minister with sweeping and arbitrary powers, and will drive away investment, says the SA Institute of Race Relations.

The Mineral and Petroleum Resources Development Amendment Bill of 2013 (the Bill) claims, among other things, to "remove ambiguities that exist within the Mineral and Petroleum Resources Development Act (MPRDA),…streamline administrative processes,…[and] improve the regulatory system." Instead, however, the Bill adds to regulatory uncertainty by giving the minister of mineral resources a significant number of new powers framed in such broad terms as to encourage their arbitrary and unequal application.

The Bill jettisons the current MPRDA requirement that beneficiation must take place "economically". Instead, it obliges the minister to "initiate or promote the beneficiation of mineral resources" in South Africa, and leaves aside the key question of whether this can be done on an economic basis.

The Bill also gives the minister an unfettered discretion to decide the percentage of minerals to be beneficiated and the "developmental pricing conditions" to be applied to such percentages "in the national interest."

The Bill thus seeks to impose price controls. It also overlooks a host of obstacles to successful beneficiation, among them electricity shortages, skills deficits, infrastructural backlogs, and high labour and other input costs.  In combination, such factors make it difficult for South Africa to compete in beneficiating minerals against other developing nations, especially India and China. In these circumstances, the Bill’s insistence on local beneficiation overlooks economic realities and could have severe consequences.

The Bill also empowers the minister to introduce export controls on whatever minerals she chooses to ‘designate’ from time to time. It further gives her an unfettered authority to identify certain minerals as "strategic" and then, it seems, to subject such minerals to both price and export controls.

However, export controls, as the National Development Plan (NDP), has warned, could render existing mining operations financially unsustainable, leading to mine closures and job losses. Even if these outcomes are avoided, mining companies cannot invest for the future if the minerals they seek to extract at great cost could at any time be made subject to state controls of this kind.

Though the MPRDA already obliges mining companies to promote the interests of mining communities, the Bill gives the minister broad-ranging power to impose additional community obligations upon them. Such obligations could be laid down without regard to their affordability, putting great pressure on mining companies at times of falling commodity prices and rising input costs.

The Bill also increases regulatory uncertainty by removing the "first-in, first-assessed" principle. Instead, the minister will invite applications for mining rights from time to time, and will be able to lay down such additional terms and conditions for the granting of these rights as she thinks fit.

In addition, the Bill accords the State a ‘free carried interest’ in all new oil and gas exploration and production rights. Based on experience elsewhere in Africa, the extent of the State’s free carried interest could range from 10% to 51%. The higher the interest thus claimed by the State – and there is nothing in the Bill to limit this – the more new investment will be discouraged.

The Bill significantly increases the penalties for contraventions of the MPRDA. Under the Bill, mining companies which infringe the minister’s beneficiation requirements – or fail to meet the ambitious targets in the revised mining charter of 2010 – could face fines of up to 10% of annual turnover, plus 10% of the value of their exports in the previous year. Prison terms of up to four years could also be imposed on their directors.

The Bill substantially increases the discretionary authority of the minister and her officials, thereby contradicting the NDP’s call for ‘regulatory reforms that provide policy certainty’. Since the NDP is supposed to have ‘overriding effect’ over all conflicting policies, this alone provides sufficient reason for the portfolio committee on mineral resources to reject the Bill in its entirety.

Once this has been done, effective ways need to be found to cure the ambiguities in the MPRDA; introduce a transparent, timely, and objective process for granting mining rights; avoid further onerous regulatory change; and give the holders of mining rights the security of tenure needed to restore confidence in South Africa’s minerals regime. Only in this way will the Government be able to encourage an upsurge in the mining investment so vital to increased employment, growth, and prosperity.