If Julius ever gets to implement the EFF manifesto, war and famine are certain

I have read the Economic Freedom Fighters Founding Manifesto and find it simultaneously amusing in its strident nostalgia for the failed totalitarian Fascist, Communist, and National Socialist states of the twentieth century, and disturbingly incoherent as an agenda. 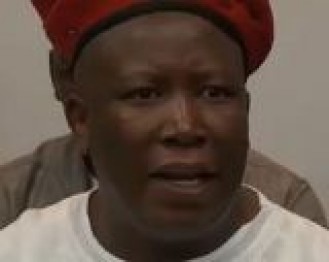 The document contradicts itself in a number of points: on the one hand denouncing the cronyism of state control and on the other encouraging a great deal more of the same; on the one hand talking about democratically accountable government and on the other empowering the same government with the means to coerce and manipulate the public to bend to the will of whatever gang happens to seize state power.  After making state agencies all powerful and, in effect, giving them the power of life and death over every person in the country, the Manifesto promises “Open, accountable, corrupt-free government and society without fear of victimisation by state agencies.”

The rhetorical power of the document rests on its invocation of the injustices of South Africa’s past, but it offers no credible means either to correct those injustices or to alleviate poverty. The whole Manifesto is a recipe for fastening more cronyism on the people of South Africa, perpetuating the crimes of apartheid (this time on behalf of a new group of elites), drowning the country’s economic middle classes, and plunging the country into a morass of poverty.

The Manifesto denounces the “Billions of Rand” “redirected from the state to the self-enrichment and self-gratification of politicians”. The suggested solution is that the leadership of the Economic Freedom Fighters should replace those politicians. Such a naked grasp for wealth and power is easy to see.

The solution to cronyism is the rule of law, not the overturning of every institution of law and its replacement by raw power, violence, and coercion.  The demand that the state be “in control and custodianship of all land” that would entail applications for “land-use licences” is a recipe for almost immediate open civil war among every national, ethnic, and other grouping in the complex society of South Africa, not merely among “whites” and “blacks,” but among and between every sub-grouping that exists.

In addition, there is no justification for the claim that the relative success of such economies as Singapore, South Korea, Taiwan, and Hong Kong were due to “state-aided industrialisation, particularly in tradable sectors in manufacturing and industrialisation” –  particularly in light of the desire articulated in the Manifesto to close South Africa off from international trade. No person with an understanding of modern economic history (we can set aside theory and focus on historical facts) could maintain such a set of claims.

International trade experts have explained for decades, economies do not “compete”.  Firms do.  Governments may compete. But, most definitely, economies do not. The call for an end to “unfair global competition” in the Manifesto is not an attempt to protect “the economy” of South Africa, but to force South African consumers to pay higher prices to enrich the cronies that the Economic Freedom Fighters Manifesto would enrich. Higher prices and lower quality of goods never benefit consumers. That is what the Manifesto promises South Africans, in plain and simple language.

There is a fundamental unwillingness to address the real question of what causes wages to rise. It is not “nationalisation” of “mines, banks, and other strategic sectors of the economy, without compensation,” nor is it “minimum wages.”  It is raising productivity, that is, more value produced per unit of input.  Nothing in the Manifesto addresses how to achieve this.

The Manifesto is a call for more centralisation of the economy, more cronyism. It opens the way for more strident political rhetoric in future to gloss over the inevitable collapse of the country into wretchedness should the programme of the Manifesto be realised, even in part.  It contains nothing to recommend itself to rational people who are hoping and working for a better future.