"Capitalism" is the most abused and misdefined word in English 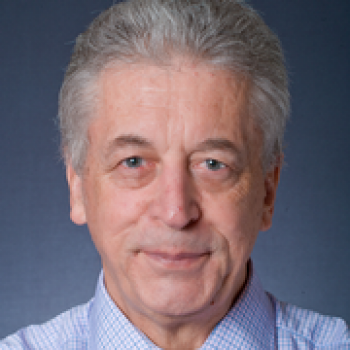 Leon Louw argues that capitalism is the most abused and misdefined word in use today. Like "left wing" and "right wing". These words have become smears to stiffle debate and authenticate the statists' war on basic liberties.

Capitalism has lifted humanity out of the dirt. Business is good and noble and heroic. But capitalism and business are hated and mistrusted. Until business changes this narrative, that won’t change."

That is the idea, according to self-made billionaire John Mackey, behind the "conscious capitalism" conference taking place in SA at the time of writing. He founded the conscious capitalism movement, which attracts a small but growing number of capitalists. "Money," he says, "is not what drives most entrepreneurs. They have some kind of dream, some kind of passion. They’re creative individuals with a higher purpose."

Contrary to some reports, capitalism’s purported values are not the problem. Always and everywhere, free-market capitalism has overwhelmingly beneficial consequences, especially for the poor and needy, and the environment. The problem is how it has been portrayed by friends and foes. Enemies presuppose, mistakenly, that capitalism rewards and is based on immorality and greed. Protagonists argue that, thanks to amoral "market forces", it spectacularly outperforms "left" and "right" wing socialistic alternatives. Neither side, according to conscious capitalism, recognises the reality of what motivates real-world people such as labourers and consumers. People generally advance a complex mix of personal "higher" and "lower" values.

Capitalism is a weasel word that means everything and nothing. That is why the Free Market Foundation avoids the term. Protagonists mean liberty, namely the right of consenting adults to do whatever they wish, from exercising dominion over sexual orientation and religion to making social and economic choices. In this sense, capitalism is for consent and against coercion. Critics confuse matters by calling a range of systems "capitalism", from the Swedish "welfare state" to Chinese "state capitalism". It gets especially perverse when such forms of socialistic statism as South African apartheid, Italian fascism and German Nazism are called "capitalism".

Calling things "left" or "right" is equally befuddling. Fidel Castro’s despotic Cuba, which banned gays and press freedom, emigration and free trade unions, was "left wing", whereas Margaret Thatcher’s democratic Britain, which allowed all four was supposedly "right wing". Apartheid, which eliminated class and property ownership for 90% of its citizens, was "right wing". Sweden, which has more capital in private hands and more freedom of enterprise than virtually any other country, is "left wing".

Whatever the virtues of conscious capitalism, free-market capitalism is morally uncompromising. Coercion, fraud or breach of contract are forbidden. Rich and poor have dominion over themselves and their possessions. Liberty is not confined to narrowly defined economics. Freedom for churches, clubs, charities, civil society, unions, environmentalism and ideology are manifestations of capitalism.

Instead, they should celebrate the fact that it enriches people who enrich others by offering them jobs, goods and services. Sports, movie and entertainment stars like Tiger Woods, Angelina Jolie and Oprah Winfrey, along with entrepreneurs like Warren Buffet and Bill Gates, are billionaires because and to the extent that they enrich "the masses".